What Are Your Auto Responders? (2)

What Are Your Auto Responders? (2) By Dr. Michael Brooks We have all probably received an “auto responder” which was sent to us automatically in reply to an email we sent. This tool is used, for example, to provide a confirmation email when you purchase tickets or merchandise from an online store. Today, we are picking up where we left off last week where we were discussing, how at times, we may be verbally assaulted or have our integrity questioned, and in the heat of the moment, say things we later regret, as in an auto responder. As an example, in your circle of friends, there may be a pecking order. Many times you will see a few horse playing around where some in the group will start picking on the quiet ones and tease them. Many times a remark may be said in jest but may be taken the wrong way by those to whom it was directed. Pushed too hard, look out! If this group doesn’t know how to control their auto responders, hurtful words will start to fly. In fact, they may say some things that may be extremely hurtful. Hard feelings will happen and the friendship becomes fractured, never to be the same. 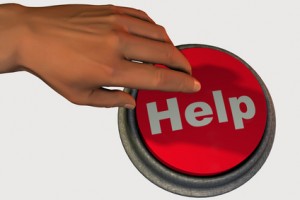 We all react to attacks or uncomfortable situations differently. Some of us become silent, while others are just itching for a verbal altercation. For me personally, I like to step back and size up what was said and why. I can do this in a matter of seconds. I have trained myself to “weigh what I say”. What is the point of throwing out some verbal jab when you have no intention of following up with another one? It just makes matters worse for you and it inflames the situation. Believe me, most of us have said something as a response that we wish we could take back, right? I remember sitting at a restaurant while waiting for my meal, when the couple sitting next to me began to argue. I didn’t hear the beginning of their conversation but I and everyone in the restaurant heard the end of it. As she stood up and threw her white napkin down on the table, obviously frustrated with him, she stammered, trying to find the right words to get him to stop and listen to her. All the while he was making snide remarks and laughing at her as they got up and left the restaurant. All she had to do to take control of the situation was use her auto responder to say what she had to say and then get up and leave. There is no point in debating with someone who is being disrespectful to you. Make sure they understand it a moot point to debate you while they are being disrespectful and then walk away. Auto responders can prevent arguments if you know how to use them effectively. Instead of arguing, try using your auto responder. For example, let’s say you have someone who wants to argue with you and you simply don’t want to go there. Simply say “I’m sorry but I don’t want to argue, I’m having a great day and want to keep it that way.” Or, “Nope, I’m not going there, got to go.” There are many ways you to prevent an argument. Just make sure that you have an auto responder ready before you need it. Don’t incite someone wanting to debate or argue with you. Simply walk away. Many people have lost everything by the way they respond to others. Marriages have ended because of the way one or the other shoots off at their mouth. People have been murdered, injured and have made lifetime enemies just by responding with rude or smartelic comebacks. You don’t need to do that. Learn to use your auto responders wisely. They will keep you out of trouble. If you need help in learning on how to use auto responders call Dr. Mike. Do you struggle with keeping quiet when you want so much to fire back with a harsh remark? Have you gotten yourself into trouble by the things you have said to others? Do you need to learn how to control what you say and how you say it? Have you lost friendships over some of the things you have said and want help in repairing those friendships? If you answered yes to any of these questions you need to call Dr. Mike! Call him at 303.456.0555 today!