What Are Your Auto Responders (1) By Dr. Michael Brooks

What are your Auto-responders? (1) How many times have you been caught off guard by what someone said about you? I sure have! So, let me ask you, how should we respond to an verbal insult or someone that questions our motives in private or out in public? Maybe we didn’t like what something was said about us and it wasn’t true. Or, we simply didn’t like what we were hearing and we got angry. I think it’s pretty easy to cut to the bone with our comeback remarks. When we knowingly hurt the person who said something to us that we didn’t like to hear, then it’s time to question our motives. I hear and see this behavior all the time in my office or on the phone calls I take. Most people will respond out of hurt or embarrassment to a snarky remark directed at them. We’ve all done it and yes even to some of the people we love and respect. I think Abraham Lincoln was the king of come backs of auto-responders in the political world. During his debates with Douglas he would use his humorous auto responders to engage with Douglas. Not to belittle Douglas but to drive a point home on his personal values and principles to the American people. Douglas would personally attack Lincoln on his appearance and size. And Lincoln kept his cool under pressure and said nothing that made him look foolish but engaged the people with his wit and humor. He was wise in using his auto responders and it kept him out of trouble. 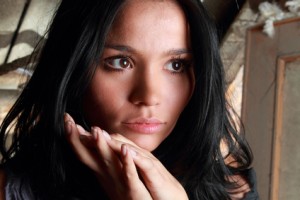 How effective are auto responders and when can I use them you may ask? They can be used anytime at home, in any and all relationships, even at work. Auto responders are used to disarm people who are verbally putting you down. Thus giving you time to excuse yourself and leave. It’s that simple. In many marriage conflicts there are many unhealthy exchanges between spouses that become battle grounds inside the home. Fights can last for days and weeks if allowed. These kind of knee jerk verbal exchanges can inflict a great deal of pain and cause marriage separation and divorce. Many of you know how I feel about saying things that hurt others and my saying is this “taste it before you say it.” If your words are going to hurt someone by what you say, then don’t say it! What is the purpose of your snarky comeback, is it to hurt someone for saying something you didn’t like to hear? Is it meant to demean someone and put them in their place? Keep in mind with your choice of your words don’t put someone down when they’re discouraged and hurting, it may cause bitterness between you that could last a lifetime. Many people have lost everything by the way they respond to others. Marriages have ended because of mouthy comebacks. People have been murdered, injured, made lifetime enemies…just by responding with snarky or harmful comebacks. You don’t need to do that. Learn to use your auto responders wisely. They will keep you out of trouble. If you need help in learning on how to use auto responders call Dr. Mike. Do you struggle with keeping quiet when you want so much to fire back with a snarky remark? Have you gotten yourself into trouble by the things you have said to others? Do you need to learn how to control what you say and how you say it? Have you lost friendships over some of the things you have said and want help in repairing those friendships? If you answered yes to any of these questions you can call Dr. Mike and get help. Call him at 303.456.0555 today!