Have you ever listened to someone making excuses when you knew they were wrong? I remember listening to a friend of mine arguing with a Burger King order taker. He claims that he didn’t want ketchup or mustard on his burger just onions. I was standing right next to him when he made his order and he didn’t say anything about not having ketchup or mustard on his hamburger. I listened as he was demanding a new burger and how incompetent she was when taking his lunch order. She complied with him and gave him his new order. I turned towards him and said you didn’t say anything about your burger order. He told me I didn’t hear him order. I just dropped it and let it go. 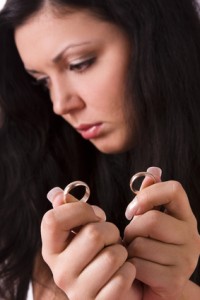 Some people just can’t admit that they’re wrong no matter what they say. I feel it’s much better to admit your wrong and be done with it. One of the things I’ve noticed in today’s world if you say something questionable people will pull out their smart phones and question the validity of your statement and Google it. Have you ever noticed people do that at a luncheon? It’s at an alarming rate.

I know it’s hard for some people to admit they are wrong. It’s extremely painful for some of us to say “I was wrong, sorry”. Many marriages may have one of the spouses feel that if they admit their wrong they have a lost the battle. Not sure why some individuals feel that way but they do. If you sense in any way that you are wrong just say so. It takes a bigger person to admit they have messed up. I guess for some it’s a pride issue and they can’t admit to any fault in any way shape or form.

Here are my tips for questioning if you’ve been wrong.

In closing, I can recall a client who never seemed to be able to say they were sorry for hurting someone. They had to be talked into saying they were sorry. This person could never admit to making any mistakes and usually blamed others for their faults and wrong doings. Then one day she were called out publicly in front of a large crowd for something she did. That changed her attitude about admitting she was wrong. How? Publically being embarrassed.  Don’t wait to be called out. Take the first step and if you screwed up admit it, you’ll be better off in the long run. Trust me!

Dr. Michael Brooks is the founder of Applicable Counseling and Life Coaching Services. His services are affordable, accessible, anonymous and available by appointment from the privacy of your own home. To avoid travel time and the comfort of home, many clients prefer to meet with Dr. Mike over the phone 303.456.0555 or via Skype at drmike45. The convenience of this type of coaching is the most effective means of Life counseling and life coaching. We come to you when you need us most.