Avoid the Wrong Kind of people (5) By Dr. Michael Brooks

Avoid the Wrong Kind of People (5) By Dr. Michael Brooks

Growing up while in high school, I had a friend who always had the best clothes, watches, pens. He had a lot of nice stuff. One day he asked me if I wanted a new watch. I said sure. He brought it the next day and handed it to me. I looked at the watch still inside the box with a price tag of $49.00. I asked him where did he get it, and he responded with “a five finger discount.” I looked at him and said, “you stole it?” Yep, he responded. I handed it back to him and said, no thanks! I made my mind up, right then and there, he wasn’t going to be a friend of mine. My gut feeling told me to avoid this wrong kind of person. That’s the small little voice you often hear warning you about these kind of people. Avoid, avoid, avoid! That should be what you hear when someone is wrong for you. 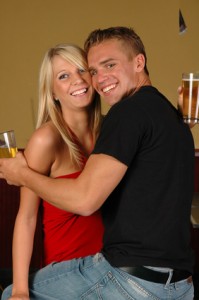 How about bad relationships that people get themselves into and know that are wrong. This is a big problem for both men and women. I have a friend who is in a very unhealthy relationship. The woman he is dating will not commit to their relationship. When my friend asked her what concerns she had, she expressed all kinds. Her job was demanding, not enough time for herself, she liked to party alone, and the big one she brought up was his old girlfriends. He never talked about his old girlfriends with her. This was just out of the blue and took him by surprise. There wasn’t any commitment on her part, and he should have said to himself, time to move along and stop being with the wrong person. He still hangs on to see if they can have that relationship he wants with her. I think he will never get that relationship he wants with her.

If you’re dealing with an unhealthy relationship, then get some help in making a wise decision to either work on it or move on with your life. You can make any relationship work if both parties are willing to sit down and talk. If the other person isn’t willing to talk with you, then I think you know what you have to do. It’s not difficult my friends. It just takes the guts to make it happen.

Are you afraid to confront the wrong kind of people in your life? Are you involved in a wrong kind of relationship and need help getting out of it? Do you have friends who are involved with drugs, alcohol and want you to join them, and you can’t say NO? Would you like a plan that can help you eliminate the wrong kind of people in your life? If you answered yes to any of these questions, then contact Dr. Mike for personal help and planning your next steps at 303.880.9878.

Dr. Michael Brooks is the founder of Applicable Life Coaching and Counseling Services. It is affordable, accessible, anonymous and available by appointment from the privacy of your home. To avoid travel time and the comfort of home, many clients prefer to meet with Dr. Mike over the phone or via Skype. The convenience of this type of Counseling/Coaching is the most effective means of Life Coaching for those who live outside of the Denver-metro area. Give Dr. Mike a call! You’ll be glad you did!