When Your Marriage Seems Hopeless (1) By Dr. Michael Brooks

When Your Marriage Seems Hopeless (1) By Dr. Michael Brooks

As I listened to a caller on my cell phone describe the state of her marriage, I could hear the anguish in her voice. She was in deep distress in where her marriage was headed. She needed some tools on how to talk with her husband, how to communicate better and hear his needs and share hers and her concerns. This couple was not connecting whatsoever. This frustrated her to no end. She loved him and admitted her faults to him and wanted a fresh start in their relationship. He wasn’t so sure that’s what he wanted. There was a great deal of pain on his part from his past relationships, and now he was comparing her to old girlfriends. This is not a place where couples want to go. It’s easy to get caught up in this kind of thinking. But, it’s also poisonous thinking and a killer of borderline marriages in crisis. 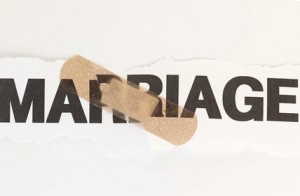 When our marriages seem hopeless, we seem to struggle with finding ourselves and finding answers to our problems. It’s not easy being in a tight spot, and sometimes we say and do things that we don’t even understand. Hopelessness is a very strong word, and for many, it is a word that describes the situation their in. I often tell people if you’re in that spot, it’s best to step back and evaluate and take some time to let things set in and then make your next move. I believe in the realm of marriage relationships nothing is hopeless; some wise choices must be made. Whether moving on or sticking it out and working on your relationship, that is your choice.

I had a man come to my office and share his concerns about his marriage. He mentioned that he saw nothing but divorce in his future. His wife was always angry and they rarely communicated with each other. He hated going home, and I later found out she didn’t want him coming home. What a miserable existence they both lived in. We talked, and I gave him some idea’s on how to better communicate and how to become a better listener. Both felt that these were common problems in their marriage. I told him nothing is hopeless as long as you both can come to the table and talk. Learn about each other’s needs and wants. Learn to be able to share details and connect at a deeper level. Keep away from surface talks I told him, get to the point but be compassionate when you talk. Avoid blaming each other for past mistakes. Look to your future together and move in that direction. Avoid the pitfalls of bunny trailing in your conversations. Stay on topic. Unpleasant conversations can be hard but must be dealt with immediately if there is any chance of saving a relationship. What kinds of situations are called for immediate talks? Next week we will continue part two in this series.

Do you feel hopeless about your marriage? Have you given up and feel there is no way your marriage can be saved? Do you want to save your marriage but don’t know what your next steps are? Do you want to improve your communication and need help in restoring it? If you answered yes to any of these questions, you need to contact Dr. Mike and set up an appointment. Don’t allow hopelessness to destroy your relationship. Please call Dr. Mike at 303.880.9878. He can help you. He has helped several people going through tough times.

The Day you Decide to Divorce (2) By Dr. Michael Brooks

The Day you Decide to Divorce (2) By Dr. Michael Brooks

I had a client who shared his angry feelings about his wife with his close friends at a bar one day. A few of these friends didn’t like his wife because she complained that he was out partying with his friends and not home with the family. So, here was an opportunity for his buddies to get payback at her for asking him to come home after hanging out with them. My client listened to his friends, and one of his co-workers convinced him to use his divorce lawyer that he used (just to check out his options). Without talking to his wife about his feelings and while he was all worked up went and spoke to this friend’s lawyer. The lawyer said that he would take his case if he needed him. So on the advice of his drinking buddies he filed for divorce, his wife was served divorce papers having no clue what her husband was up to. When served she tried calling him at work and he wouldn’t answer her calls. She then went to his job site and confronted him with the divorce papers she was served. He gave her the silent treatment, and she was asked to leave the job site by his bosses for creating a scene. She was an emotional wreck and tried keeping peace in the home with their children. He moved out and went and lived with his friend who suggested that he get a divorce and talk to his lawyer. 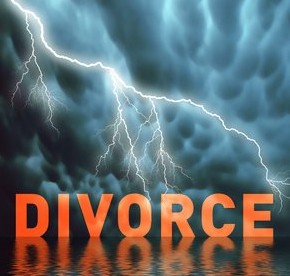 In our first meeting, he mentioned to me it was fun at first, he and his friend went to bars, parties and drank heavily at the house he stayed at. He would go to work hung-over, and his co-workers would encourage him to stop going to late night parties. Some of his friends at work told him that his personality was changing for the worse. His bosses confronted him one day while at work and said that he’d get no more warnings about being late for work or being hung-over, the next time he would be fired. His friend that he was living with said that he shouldn’t let people at work tell him how to live his life. Well, you can imagine, he lost his job for being hung-over and not being able to do his job.

I will tell you, don’t share your marriage troubles with outsiders. They will give you bad advice and have no invested interest in you or your spouse’s marriage except to be a busy body (gossip) and give you bad misinformation. Here are my tips for keeping your private issues private.

Ask yourself these questions; am I filing because I’m angry and doing it out of spite? Have I thought through all my options of trying to save the marriage before I file? What are the real reasons I’m filing? Have I tried marriage counseling/coaching with my spouse? If you have answered yes to any of these questions, then give Dr. Mike a call he can help with this difficult process of deciding on your next steps and what to do. Call him at 303.880.9878

Dr. Michael Brooks is the founder of Applicable Counseling and life coaching Services. It is affordable, accessible, anonymous and available by appointment from the privacy of your home. To avoid travel time and the comfort of home, many clients prefer to meet with Dr. Mike over the phone or via Skype (if you want to Skype with Dr. Mike send him an email at mbrooks3353@gmail.com to set up an appointment). The convenience of this type of Counseling/Coaching is the most effective means of Life Coaching for those who live outside of Colorado. Give Dr. Mike a call! You’ll be glad you did! 303.880.9878