Are You Allowing Your Past to Poison Your Future (1) By Dr. Michael Brooks

Are You Allowing Your past to poison your Future (1) By Dr. Michael Brooks

Quick question, how many of us are still stuck in the past with the wrongs people have done to us? Let’s face it; we all know people in our lives who just won’t let go of things done to them or problems they have brought on by themselves. I think it’s extremely important that we look at why focusing on past failures, mistakes, unmet expectations can cloud our future. 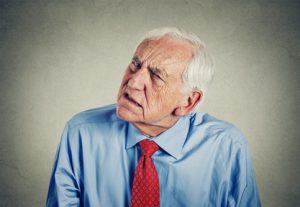 Dad was angry his daughters decided to plan their own futures.

I knew a man who just wouldn’t let go of his anger about the way his three daughters turned out. He had their education planned out, where they would go to college, how high their GPA’s should be. He controlled every aspect of their lives. He was very controlling about the people they dated. His wife had no say in his planning for the kid’s futures. He expected them to work in his engineering firm when they graduated from college. As we know, kids do their things, choose their own friends and the people they date. They also have a good idea on what they want to do for work and what school they want to attend.

As his daughters went through high school the battles began, fights occurred over several issues about their education, who they dated and their lifestyles. The dad felt he was losing control over his kids. Let’s just say the kids won out. He was insisting that they pay for their own education and living expenses. He checked out of their lives and became a recluse in his own home. When the girls came home on weekends, he had nothing to do with them. He avoided seeing them or speaking with them. He was always busy when the kids wanted to talk with him, and his wife confronted him about his behavior. This lead to big arguments with his wife and eventually a divorce that he didn’t want. But his pride got in the way, and he still wouldn’t budge.

When his oldest daughter got married, she wanted her dad to walk her down the isle, and he refused to attend her wedding. How bullheaded was this action towards his daughter? Most of us would agree that he took this to an extreme and lost out his daughter’s wedding. I look at it this way; he allowed his past to poison his future with his girls, wife, and God knows who else.

We will continue our story next week “Are You Allowing Your Past to Poison Your Future”! Plus, I’ll give you some tips on how to prevent the of poisoning your future.

Are you holding on to your past hurts and can’t experience joy in your life? Do you still hold on to memories and your future seems hopeless? Do you want to be free of your past so you can have a wonderful future? If you answered yes to any of these questions, give Dr. Mike a call at 303.880.9878. He can help you with relationship problems.